Madonna & Me featured on Madonna Tribe!!!

Alright America!!!  Everyone else in the world is jumping on board with promoting this show, it's time you did too!!!!

We are not only featured on madonnalicious based in the UK, but the Italy based Madonna Tribe has posted the announcement of the US Premiere of Madonna & Me!  Thanks, Tommy for letting us know!

http://www.madonnatribe.com/news/modules.php?name=News&file=article&sid=5868
Posted by The Edge Theatre Company at 2:41 PM 2 comments:

Jay took a moment to update us on the rehearsal process last night after rehearsal!

Posted by The Edge Theatre Company at 10:05 AM No comments:

Not sure if this is a cast update or a warning to Madonna... See for yourself!  : )

Posted by The Edge Theatre Company at 10:04 AM No comments:

So, we caught up with Haley after rehearsal last night to see where things are with the show!

Posted by The Edge Theatre Company at 10:03 AM No comments:

So I feel like we kinda made it... I check daily for all my latest Madonna information on the website http://www.madonnalicious.com/ and what did I find the other day when I checked it... the Madonna & Me US Premiere Show Poster!!!!

http://madonnalicious.typepad.com/madonnalicious/2011/03/events-madonna-and-me-us-premiere.html
Posted by The Edge Theatre Company at 11:46 AM No comments:

So, we have a lot going on with the show!
The cast is off-book!  They are fine tuning their deialects.  My good friend Courtney Lavendar is coming in to work with them on the accents this evening.
Last night at rehearsal we took all the character work we have done thus far and threw it out the window for a run-through.  I told the cast to take their characters in completely new directions.  Make BIG and BOLD choices and go with them.  They could play and try anything as long as it was nothing like what we have rehearsed so far.  It was a lot of fun.  The actors and I found some new choices for the characters that really work well.  I think we will try this again tonight with Act 2.  I just don't want the characters stale and predictable.  I think last night's exercise was very beneficial.
I have been doing a lot of research with music for the show and have found some most interesting choices in music.  There are so many really bad Madonna tribute CD's out there.  There are some really good ones too.  I am trying not to be too predictable with the music choices in the show.  Tommy Kearney has written some specific choices in the show that really work well and I will be faithful to those where they are called for, but I am trying to be creative with what I put throughout in other places for scene changes, ambience, and background.  I am having a really good time researching.
The choreographer, Everett Johnson, had his first rehearsal last night in choreographing the Vogue number with the dance ensemble.  We were missing a couple dancers, but I know that will not be a problem.  He wouldn't let me see the work so far, but my secret spy sources (Brandon DiMatteo- aka Mark) told me it looks really good and that I will be very pleased.  I am sure I will be.
We have a set construction day on Saturday.  I am looking forward to getting the technical elements in place and making the world of Madonna & Me come to life.
Everything is on schedule and going very well! 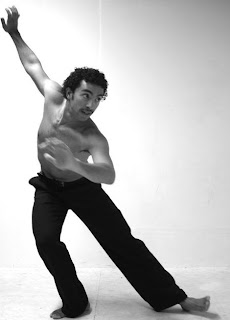 Everett Johnson- Choreographer for Madonna & Me
Posted by The Edge Theatre Company at 5:54 AM No comments:

They have finally arrived, albeit part of the order was wrong (don't ever order from http://www.24hourwristbands.com/), the purpose and message for the wristbands is still the same!
The Edge Theatre Company is producing the US Premiere of Tommy Kearney's Madonna & Me (in case the blog itself didn't give that away).  We are celebrating Tommy's US Premiere with Purple wristbands that say "Madonna & Me US Premiere" and "The Edge Theatre Company".  The proceeds from the sale of each wristband will go directly to benefit Madonna's Charity Raising Malawi.  If you are not sure what this charity does, Madonna produced a wonderful documentary called "I Am Because We Are" that talks all about her efforts in Malawi and the immense need there.  You can also visit http://www.raisingmalawi.org/ for all the details about the organization.

Below is a picture of the wristbands (may be kinda hard to read the lettering, but it is on there).  They are only $2.00.  Surely you can come up with some quarters in your car or between seat cushions in the couch to support Madonna and The Edge as we work to Raise Malawi! 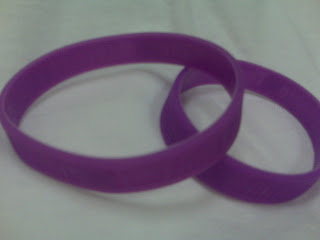 Posted by The Edge Theatre Company at 10:56 AM No comments: 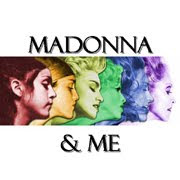